We are now wait-listing new applicants for our Creative Writing MA September 2018 cohort! 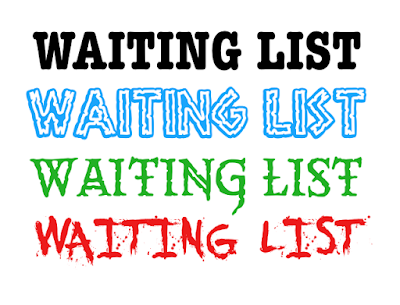 The MA Creative Writing programme at Edinburgh Napier University in Scotland is now wait-listing new applicants for our September 2018 cohort. The programme is proving incredibly popular this year, with an amazingly high standard of applications.

As a result, we have already offered all the full-time and part-time places available for the coming academic year, which starts in September 2018. That doesn't mean we are closed to new applications - not yet! But we believe it is only fair to warn people about the waiting list.

Much as we hope to work with all the applicants to whom we make an offer, one or two are unable to take up their place most years - often due to a change in their personal or financial circumstances. Some defer starting for a year, others withdraw their application.

If and when some with an offer lets us know they can't take their place this year, we offer it to the next successful applicant on the waiting list. So if you are thinking about applying to our MA this year, don't delay any longer!
Posted by DAVID BISHOP at 9:58 PM No comments: 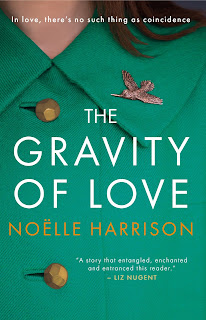 The Creative Writing MA programme at Edinburgh Napier is celebrating successes for two of our current cohort - one is having a novel published this money, while the other got to the final twelve for a prestigious crime writing contest.

Noëlle Harrison is a first-year part-time student on the MA, but that hasn't stopped her getting a novel published by Edinburgh imprint Black and White. The Gravity of Love [due out May 24th] is a tale about love, loss and the search for answers, moving between the Swinging Sixties in London and late 1980s life in Arizona and Ireland.

This isn't Noëlle's first published novel, but she joined the Creative Writing MA at Edinburgh Napier to challenge herself creatively. 'This book was written before I joined the course, but I changed the last chapter after taking the First Person Narrative.'

Author Sandra Ireland described The Gravity of Love as 'a vivid, gripping tale of family secrets and lost love', while writer Liz Nugent says 'Noëlle Harrison connects her beautifully drawn characters and weaves them into a story that entangled, enchanted and entranced this reader' - high praise!

The First Person Narrative module also proved fruitful for full-time student Vicki Ridley. She used feedback to revise a short story she wrote for that class, and entered it into the prestigious Margery Allingham Short Story Competition. Run by the Crime Writers' Association, this contest attracts hundreds of entries from around the world, many by published authors.

Vicki's story Dead Coral was one of twelve longlisted from all the 2018 entries - not bad for a module assessment! 'It's a huge honour,' Vicki said on Twitter when the final twelve were announced, 'I am so excited!'

Alas, Vicki's tale of a murderous diving trip didn't make the shortlist but getting on the longlist is a notable achievement for someone still completing their Masters in Creative Writing. We can't wait to read what nefarious narratives Vicki and all our other talented students write next!
Posted by DAVID BISHOP at 9:31 PM No comments: