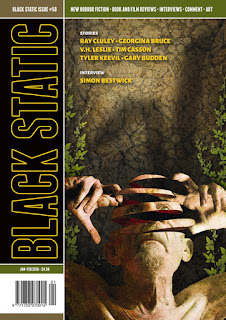 The winners were announced at FantasyCon 2017 in Peterborough, with Georgina being awarded the accolade for her short story White Rabbit, originally published in issue 50 of Black Static magazine.

Since graduating from the MA four years ago, Georgina has had short stories published in many of Britain's bestselling genre fiction magazines, such as Interzone and Black Static. She is currently working on a novel with the working title The Mirror Book.

"I'm delighted to see Georgina's talents as a storyteller recognised," says David Bishop, programme leader for the Creative Writing MA at Edinburgh Napier. "Winning this British Fantasy Award is thoroughly deserved, and will be a great boost for her career. I can't wait to read her novel!"