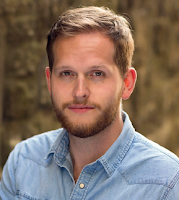 First presented in 1990, the Encore Award celebrates outstanding second novels with the winner receiving £10,000. Joining Daniel's novel Crocodile on the 2019 shortlist are Perfidious Albion by Sam Byers; Gamble by Kerry Hadley-Pryce; Kitch by Anthony Joseph; Normal People by Sally Rooney; and Jott by Sam Thompson. Award judge Edmund Gordon had this to say:


In Crocodile, Daniel Shand has created some of the most hauntingly damaged characters I’ve encountered for a long time. This is a riveting, heart-breaking, consistently unpredictable novel by an enormously gifted young writer.

Published by Sandstone Press, Crocodile is set in the summer before Chloe goes to high school and she’s been sent to her grandparents because her mother can’t cope. At first, all Chloe wants is to go home, but when she falls in with a feral gang of local boys, life takes a darker turn. By the time summer ends, Chloe will have learned where the greater danger lies.

The winner of the 2019 Encore Award will be announced on Thursday 13 June. Past recipients of the prize administered by the Royal Society of Literature include Colm Tóibín, Ali Smith, and Neel Mukherjee.
Posted by DAVID BISHOP at 12:33 PM