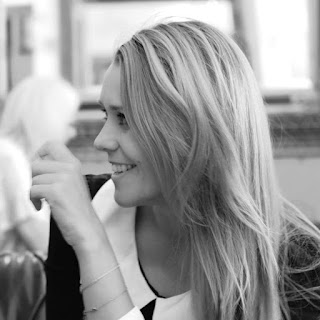 In this guest post, Ali Millar writes about her journey to being represented by a top London agent:

I recently signed to literary agency Rogers, Coleridge & White, seven years after graduating from Edinburgh Napier’s Creative Writing MA. It’s an agency I’ve dreamt of joining, but it was the kind of dream I kept on the quiet, the kind of thing that happens to other people.

Although ostensibly the manuscript I’ve just finished doesn’t have much to do with what I worked on during the MA, dig a little deeper and it’s got everything to do with it. Before I started the MA I’d written a pretty dire manuscript, so I knew I could write to length. But I didn’t know anything about plot, structure or pacing - I didn’t know how to tell a story. The MA taught me everything I needed to know about storytelling, and then, when I did the elective creative non-fiction module*, I learnt how to bring all those storytelling skills and apply them to non-fiction, where my passion  lies.

The most valuable thing I learnt on the MA was that writing is work, and hard work at that. It’s not a case of waiting for the muse to strike or for inspiration to appear. It’s sitting down and planning a piece of work, and working at it until it’s finished, and then reworking it until it’s readable, and then probably reworking it again. It is, to paraphrase Margaret Atwood, a word after a word after a word, until it’s done.

Shortly after graduating I gave birth to my first son, and over the next five years had two more children. I moved house four times and country once. I interviewed some of the world’s top authors and chaired at the Edinburgh International Book Festival. I helped to produce a film festival.

But all the while I kept writing, and kept dealing with rejection - badly at first, less badly as the rejections become more encouraging, until finally there was a yes. Without the MA I wouldn’t have had the professional skills needed to keep going and I’m eternally grateful for the time spent at Edinburgh Napier, and still slightly envious of students immersed in worlds of their own making.

*Edinburgh Napier's Creative Writing MA no longer has a creative non-fiction module, but it offers options in writing genre fiction, young adult fiction, comics and graphic novels, interactive media and writing for the screen. Core professionals skills remain at the heart of our programme!
Posted by DAVID BISHOP at 7:17 AM